by King of Cats 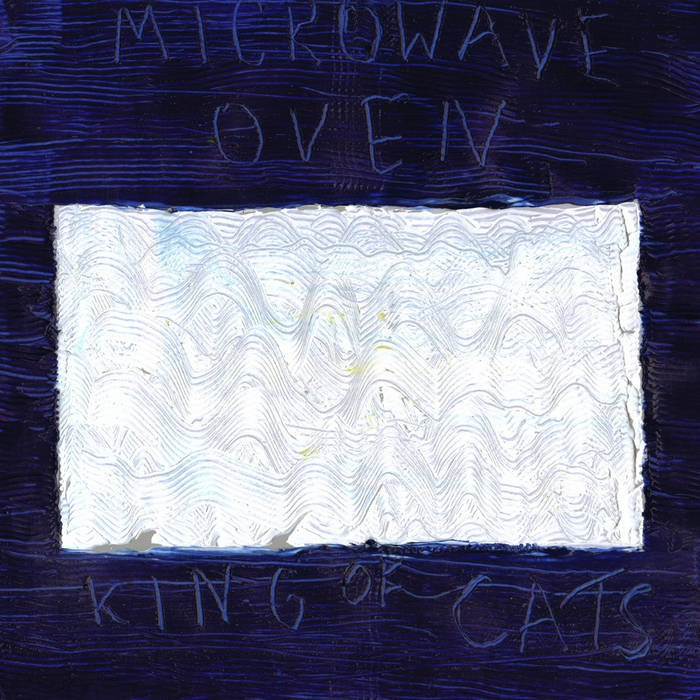 Alexandria Fitton So ii saw this guy live when he toured with Joanna Gruesome and he's a laugh i'll tell you that... but I found myself really enjoying this bizarre squeaky feminine voice... that was coming out of a little man clad in adidas. It was such a strange experience I love it and i hate it and im ashamed of it but i want to share it!!!! "I don't wanna be another boy that goes into a cave and never comes out... but i like the idea of it" Favorite track: The Idea of it.

Twirling slowly into reality, King of Cats return with their new record Microwave Oven. Following on from the success of 2014’s Working Out, Microwave Oven sees Max Levy and co explore new sonic territory and pretty much hit pure songwriting GOLD. Eschewing the conventions of the “rock group”, Levy employs bouzouki, keyboard and drum machine to incredible effect, framing the wit and humour you probably remember from Working Out in an infinitely more original and appropriate context. Levy explains: “It sounds like an attempt at something I am unable to achieve, which is what I want.”

King of Cats formed in the early 1990s following Levy’s bout as King of the World (1981-1985). “I spoke with a very good lawyer who pointed out that if I tried to make music nobody would care or really know who I am. This has helped me lie low for a while and, touch wood, I have avoided being charged with anything I did during those heady years. It is a good ploy I guess.” Steadily releasing records throughout the late nineties and noughties, 2014’s Working Out captured the public imagination and saw King of Cats play shows with Scout Niblett, Alex G and Joanna Gruesome, while receiving press from media outlets such as “The New Musical Express”, “Stereogum” and “Pitchfork Media”.

Microwave Oven sees Levy stray away from the overt thematics of Working Out. It is an album that tries to separate the idea of singing and writing songs without having a power trip. It is influenced by re-reading “soviet combat aircraft” again and finally not enjoying it. “I instead tried to write more broadly. Having said this, the album is glued together by an appreciation of the true weirdness of regularity. The record begins and ends with a slow rattling mess, intended to be the musical equivalent of sitting down and watching the microwave spin in a dark room, staring at your food as it travels in circles, cooked by invisible rays from the inside out. I guess the album is kind of about things you-not you personally- might do every day, but don’t in the slightest understand. Musically, the album is quite simple. Synthesizer, cheap keyboards, bouzouki and guitar are placed with my horrible, horrible voice and Roxy’s amazing voice in a bunch of different ways. It is scratchy and yelpy, but I think scratchiness and yelpiness can be powerful and fun and pretty and horrible as much as regular beauty.”

The recording took place in producer Johnathan Coddington’s living room. It is reported to have been very relaxing. On one of the days Roxy Brennan came over and sang. They did not use a computer at all. “It is pleasant to hear sound without seeing it. I had a pretty thorough plan, and actually spent time considering how I wanted things to sound, instead of just playing the songs like I did last time ha ha ha”.

Microwave Oven is undoubtedly the most innovative and realised King of Cats album yet. It’s poppier, funnier and sonically unique. “I have always liked the idea of making pop music without the means or components or talents to make anything ‘regular’.”

Praise for KING OF CATS:

“Raw yet soaring, a patchwork hot air balloon wobbling on the strength of a roaring flame.”

“You bloody well know it’s him.”

- "I still live in fear of the spirit of the young people with whom I went to school. He followed me home, office , cafe and even in the subway… His hands are always deep in the pockets of his Skinnyjeans , which is odd. He plays Moldy Peaches Cover. ”

Bandcamp Daily  your guide to the world of Bandcamp